AKB48 is one of the most famous Group Idols in Japan and also around the world. Because of that, it will be a mistake if this blog doesn’t have a post for these pretty girls. Today, I will give you Top 100 famous songs of AKB48.

AKB48 (pronounced A.K.B. Forty-Eight) was founded in 2005. The group includes over 130 members as of December 2015, aged from their early teens to their mid-20s. AKB48’s producer, Yasushi Akimoto, wanted to form a girl group with its own theater (unlike pop groups performing occasional concerts and seen on television) and performing daily so fans could always see them live.

Akimoto has expanded the AKB48 concept to several sister groups in China, Japan, Indonesia, Thailand, Taiwan, and the Philippines with upcoming groups announced for India and Vietnam.

If you let me list all of the AKB48 songs, I think it will take me like three days to accomplish. So, in this post, I will show you 100 most popular songs of them.

Please forgive me if I don’t mention the AKB48 songs you love.

Click on these songs link to read the song lyrics and translations and watch the music videos.

I hope you guys will have a good time with my Top 100 famous songs of AKB48. This is the first time I list that many songs in one post. Feel free to share your AKB48 favorite songs and lyrics at the comment. 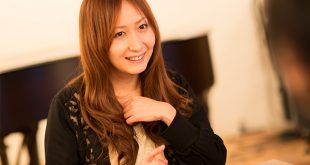